The Coming Testimony of Earthquakes

Let's examine Matthew 24:7 for a minute:

"For nation shall rise against nation, and kingdom against kingdom: and there shall be famines, and pestilences, and earthquakes, in divers places."

First, in the original Greek, the main words are in that same sequence: limoi (famines), loimoi (pestilences) and seismoi (earthquakes). Second, divers doesn't refer to a place where you can go scuba diving. It's actually related to the adjective diverse, meaning "various or assorted" Sure enough, the original Greek uses the term topous panta, meaning "all places." [1] [2]

Let's add this up:

Have we seen famines over the last few years in various, assorted places? Yes.

Have we seen Covid-19 -- a pestilence -- in various, assorted places? Yes.

Have the famines remained during the Covid-19 era? Yes.

The scriptures are clear: Earthquakes are next on the list of judgments for mankind. And they could very easily run simultaneous to famines and current/future pandemics.

They will occur not just in one or two places, but topous panta -- ALL places -- just like Covid-19. Does that mean places which aren't typically home to earthquakes? Perhaps.

Does that mean we'll see earthquakes more severe than we've seen in the past? Well, if the progression of events (from famines to pestilences) is any indication, then it would be a safe assumption that yes, these earthquakes will be more lethal than the ones we've seen in the past, killing hundreds or even thousands at a time. After all, your usual, run-of-the-mill, 4-5 pointers aren't that rare anymore. But 8s? 9s? 10s? I'd say those ought to catch people's attention, which (in my estimation) God has been attempting to do…without much success.

Despite what the mass media-government-pharma triumvirate would have you believe, there are medicines which cure Covid-19. In days.[3]

But tell me this: What medicines are there for earthquakes? How can we prevent them? How can we escape them? If our homes or buildings collapse, what do we do? Put on a mask? Get an injection? Talk about how grateful we are? YES! Have a churchwide fast for geologists and seismologists!

Let's get real: All these measures (via trusting in the wisdom of medical experts and government leaders, per the First Presidency's prophetic insight) aren't going to make a difference at all.

When those tectonic plates start moving and bringing about disastrous consequences, it will be because of God's anger.

Any why is his anger revealed? Because of the sins and iniquities of people. And also because the blood of the martyrs and innocents cry for vengeance (see Revelation 6:9-11). I would imagine that included in the list of innocents would be those who were aborted as fetuses. And how about all those who have been murdered, raped, tortured and terrorized? Them too.

Take a look around you. Have you seen society moving closer to, or further away from, God?

Blessed is the one who abides under the shadow of the Lord, for he will have shelter and refuge. [4] [5] 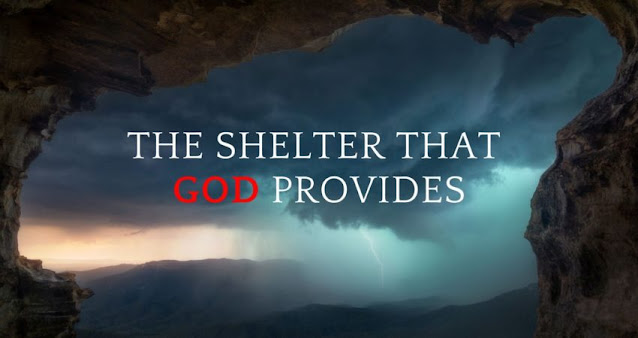 There is only one way out of what's happening (and about to get worse). And it doesn't involve masks, because masks aren't going to do you much good in a severe earthquake. Neither will swabs up your nose, injections or booster shots. And gratitude? That's great, but it's not the bullseye.

God has said again and again, through true prophets, that repentance is the key to circumventing these judgments. Those who do so will be protected under his loving, metaphorical wings.

"There are over four dozen references to "pestilence" in the scriptures. In the days of Moses, God sent pestilences to persuade Pharaoh to let Israel go [6], and then to an unrepentant Israel [7].  In Psalms 78; we are reminded that pestilences were sent to Israel because it "remembered not his hand."

Pestilence is almost always tied to sin  [8]. In 2 Chronicles 6:28, Solomon prayed that God would "forgive the sin of thy servants, and of thy people Israel" in order to stave off pestilence. In response, the Lord said, "If I shut up heaven that there be no rain, or if I command the locusts to devour the land, or if I send pestilence among my people; If my people, which are called by my name, shall humble themselves, and pray, and seek my face, and turn from their wicked ways; then will I hear from heaven, and will forgive their sin, and will heal their land." [9]. Pestilences are also linked to unbelief in God  [10] and for not remembering him [11]."

In fact, check this out:

"Thus saith the LORD unto this people, Thus have they loved to wander, they have not refrained their feet, therefore the LORD doth not accept them; he will now remember their iniquity, and visit their sins.

Then said the LORD unto me, Pray not for this people for their good.

When they fast, I will not hear their cry; and when they offer burnt offering and an oblation, I will not accept them: but I will consume them by the sword, and by the famine, and by the pestilence." [12]

(Hmmmm, have you heard of any fasts within the last year or two where it seems like the Lord didn't respond to their pleas?)

When you repent, God is moved to compassion, which in turn makes way for God's mercies to take over in your life. Just the mere fact that he hasn't exacted more severe judgments yet upon the world is a testament to the infinite mercies he has for us.

But repentance is not the only thing you need to do. You also need to be able to hear God's voice…

"And even so will I gather mine elect from the four quarters of the earth, even as many as will believe in me, and hearken unto my voice." [13]

"And whoso receiveth not my voice is not acquainted with my voice, and is not of me." [14]

"And upon them that hearken not to the voice of the Lord shall be fulfilled that which was written by the prophet Moses, that they should be cut off from among the people." [15]

"And again I say, hearken unto my voice, lest death shall overtake you; in an hour when ye think not the summer shall be past, and the harvest ended, and your souls not saved." [16]

…and hear it well enough so that you KNOW God:

"Verily, I say unto you, It is not everyone that saith unto me, Lord, Lord, that shall enter into the kingdom of heaven, but he that doeth the will of my Father who is in heaven.

For the day soon cometh that men shall come before me to judgment, to be judged according to their works.

These days, hearing God's voice well enough that you know God might be a bit of a challenge. There are lots of competing voices out there.

This year, many sought God's counsel as to whether they should take the Covid shot or not. Of those who sought God's advice, many received crystal clear, definitive answers not to go through with it. Many held to that counsel until the First Presidency urged members to take the jab. They disregarded the personal revelation they received and instead followed a man, not their God-given inspiration.

What do you call it when someone or some thing stands in between a person and God? Oh yeah! "Idolatry."

Speaking of which, General Conference will be held this weekend. I'll be interested to hear the Brethren's counsel on how to overcome the challenges mankind faces with Covid-19. If the past is any indication, the results will be dismal. In the April 2021 General Conference, the word "Nelson" was used 58 times. "Oaks" 18 times. "Repent" (and any variations of that word) 31 times. And pestilence was mentioned zero times.  [18] [19]

It's fascinating that the church's top leaders refer to themselves
more than they acknowledge the true cure for what ails mankind.

In times of uncertainty, people yearn for certainty. Vaccines have given back that sense of control to many people.

But what will you do when these attention-grabbing earthquakes (which, again, are next up on God's to-do list) start to "diversify" themselves in your area? Will you be consulting medical experts? "Trusted" government leaders? Looking for that Covid mask?

When power, internet and cell phone service is indefinitely knocked out in your area, who will you seek then?

How about the leaders who could have preached the preventative gospel of repentance but didn't…or leaders who continually refuse to mention the R word in the first place?

The way to be protected and preserved is to enter a higher order of faith and priesthood.


"30 For God having sworn unto Enoch and unto his seed with an oath by himself; that every one being ordained after this order and calling should have power, by faith, to break mountains, to divide the seas, to dry up waters, to turn them out of their course;

31 To put at defiance the armies of nations, to divide the earth, to break every band, to stand in the presence of God; to do all things according to his will, according to his command, subdue principalities and powers; and this by the will of the Son of God which was from before the foundation of the world.

32 And men having this faith, coming up unto this order of God,..."

Have you followed these guys? The world is truly in commotion and it keeps getting worse: