"Glory to the Church in the Highest"

Oh Lord it's hard to be humble
Over 2,000 years ago, Pharisees put on an exceptional religious show. I mean, the mere theatrics involved must have qualified some of those priests for an Oscar AND an Emmy award.
Jesus must have been awestruck as well (but not in a good way):
"Two men went up into the temple to pray; the one a Pharisee, and the other a publican.
The Pharisee stood and prayed thus with himself, God, I thank thee, that I am not as other men are, extortioners, unjust, adulterers, or even as this publican.
I fast twice in the week, I give tithes of all that I possess.
And the publican, standing afar off, would not lift up so much as his eyes unto heaven, but smote upon his breast, saying, God be merciful to me a sinner.
I tell you, this man went down to his house justified rather than the other: for every one that exalteth himself shall be abased; and he that humbleth himself shall be exalted." [1]
The Pharisees were doing the right things, but for the wrong reasons.
I find it likely that in this parable, Jesus was not necessarily comparing the deeds of the two men, but the attitudes of their heart. One came to the temple to pray and be seen of others. The other came to pray and do good by stealth.
Jesus never criticized the Pharisees for their acts of piety. He took them to task because their acts of private devotion had become, for them, nothing more than public displays of religiosity.
People are no different today. They often use things like giving, prayer and fasting as public displays of devotion. 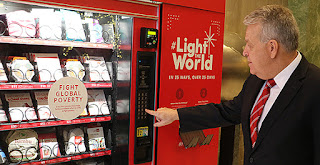 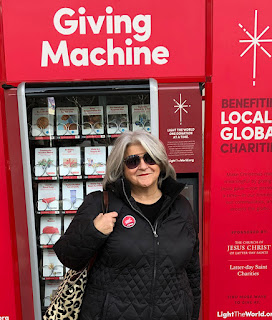 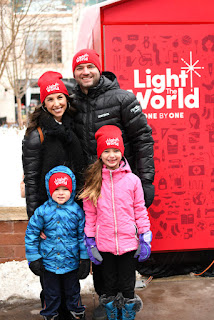 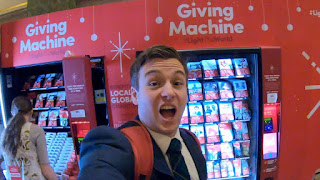 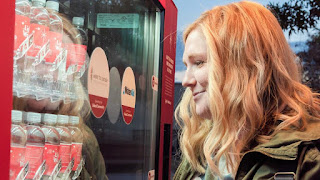 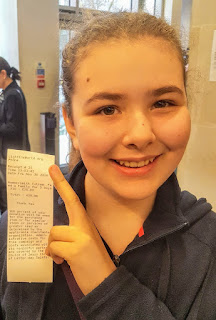 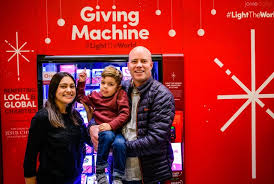 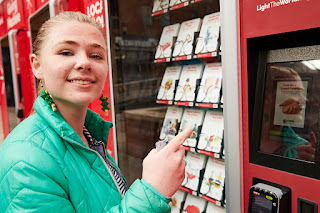 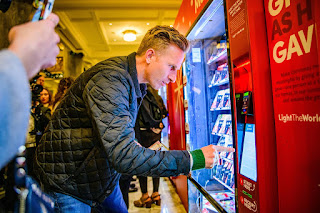 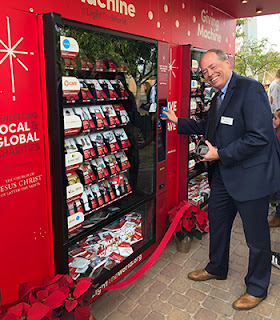 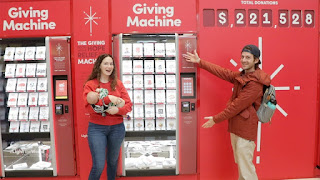 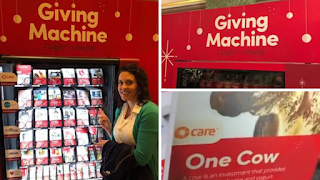 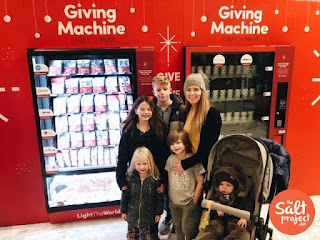 We have two choices in life: Let people know of the good we've done, or do it anonymously:
"Take heed that ye do not your alms before men, to be seen of them: otherwise ye have no reward of your Father which is in heaven.
Therefore when thou doest thine alms, do not sound a trumpet before thee, as the hypocrites do in the synagogues and in the streets, that they may have glory of men. Verily I say unto you, They have their reward.
But when thou doest alms, let not thy left hand know what thy right hand doeth:
That thine alms may be in secret: and thy Father which seeth in secret himself shall reward thee openly." [2]
Then again, we're also told "Let your light so shine before men, that they may see your good works, and glorify your Father which is in heaven.” [3]
How can we reconcile “Let your light so shine” [3] and “Take heed that ye do not your alms before men, to be seen of them” [2]?
These two texts do not target at the act of service or sacrifice itself, but instead, spotlight the results of those acts.
In other words, the question is not whether the act should be publicly known or not, but instead, who is glorified?
In Matthew 5:16, the result is glory to the Father. In Matthew 6:2, the men giving alms robbed the Father of his rightful glory. Instead they (the men) were glorified:
Whatever we do -- whether we do it publicly or in secret -- it should bring glory to the Father. We should never rob the Father of his rightful glory.
Years ago, Serena Williams won the Wimbledon Tennis Tournament for the first time. She was asked by a reporter if she was bothered by the English tennis fans rooting against her. She replied, “No. I understand. I’m not British. What’s more, there have been people rooting against me all my life. Besides, my dad was sitting in those stands, and I knew he was rooting for me. And I wanted to please him. That’s all that matters to me.”
“You get your reward when you get the praise of men. His teaching was to do good by stealth, that it might not be known, and that men might not get honor from their fellow men.” [4]
“He smiles upon us as we offer these heartfelt acts of compassion, especially acts that are unseen and unnoticed by others.” [5]
“Let not any man publish his own righteousness, for others can see that for him” [6]
Pastor John Ortberg once facetiously said, “I know I’m supposed to be humble, but what if no one notices?”
I like Eugene Peterson’s paraphrase of this passage in The Message: “Be especially careful when you are trying to be good so that you don’t make a performance out of it. It might be good theater, but the God who made you won’t be applauding.”
Yeah for Us!!!
Perhaps much of this inclination to let our good works be seen of men stems from the culture we're part of.
Which takes me to the email I received the other day. As you can see, the church is doing some pretty good deeds in 57 countries. [7] 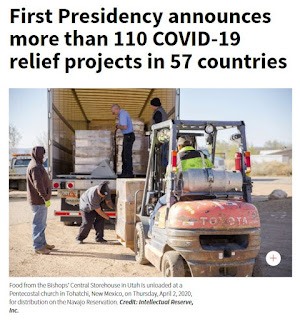 This isn't the first time the church has publicly publicized its humanitarian relief efforts:
In fact, the church’s 2018 annual report shows it assisted with 2,885 projects in 141 countries. And in April 2020, the church announced that it had provided over $2.3 billion [$67.6 million annually] in assistance, including cash, commodities and in-kind donations in 197 countries and territories between 1985 and 2019 (34 years). [8]
I believe the church could have anonymously performed these humanitarian efforts while maintaining its overall anonymity.
"But how would their light so shine," you ask?
Because God would have rewarded the church openly.
"How?"
Who knows? "How" doesn't matter. What does matter is that in attributing the glory to whom it rightfully belongs (which is what Jesus constantly did), God would have rewarded the church. Light would have surely accompanied it. For example, those who donate or assist others anonymously are doing so while accompanied with the light of Christ. This causes the donor to shine Christ's light, so their countenance is brighter as well.
When we put God first, and give glory to Him and not ourselves, we cannot help but emanate greater light.
QUESTIONS
Based on the aforementioned facts, I have the following questions:
"For do I now persuade men, or God?
or do I seek to please men?
for if I yet pleased men,
I should not be the servant of Christ." [9]

"Behold, mine house is a house of DISorder"

Shanghai, China
On April 4, 2020, in General Conference, Pres. Nelson provided details regarding the announced Shanghai, People’s Republic of China temple [1]:
"Context for the plan for Shanghai is very important. For more than two decades, temple-worthy members in the People’s Republic of China have attended the Hong Kong China Temple. But in July 2019, that temple was closed for long-planned and much-needed renovation.
In Shanghai, a modest multipurpose meeting place will provide a way for Chinese members to continue to participate in ordinances of the temple — in the People’s Republic of China — for them and their ancestors."
Yet two days later, the Shanghai Religious Affairs Bureau disaffirmed that a temple would be built in Shanghai. Its announcement stated (this is an unofficial, Google-based translation) [2]:
"1. According to the relevant laws and regulations of China, foreigners are not allowed to set up religious organizations and venues for religious activities in China.
2. The Mormon Church of the United States released information on the establishment of the so-called "Temple" in Shanghai. Our civil sect department was unaware of it."
Even Foreign Policy newsletter picked up on the discrepancy [3]:

The church did not comment on the Shanghai bureau’s statements [4]. This is confusing in light of the fact that even the church said (and spent considerable space detailing) that Pres. Nelson "enjoys a decades-long association with the People’s Republic of China." [5]
The Shanghai Temple is still not mentioned on the church's list of current and anticipated temples. This may be because the church is likely dedicating a portion of an existing facility to accommodate ordinances, not building a new structure. Thus, it is considered "a modest multipurpose meeting place," not a temple. [6] Equally bewildering is the Chinese government's treatment of Pres. Nelson's announcement, for even Pres. Nelson is quoted as saying, “The Chinese people value those long-term relationships, and I’m really pleased that I’m regarded here as one of their old friends.” [5]
This is not the first time the Church has announced a temple without obtaining permission from local officials. Orem, Utah's mayor was caught off-guard when a temple was announced in his city in October, 2019. Why all the secrecy? Because [7]

Dubai, United Arab Emirates
Another temple announced on April 4th is slated for Dubai, United Arab Emirates. It's based on an invitation by the UAE government.
"The plan for a temple in Dubai comes in response to their gracious invitation, which we gratefully acknowledge." [1]
The Arabian Peninsula isn't well-known for its overwhelming membership counts. The UAE only has 5 wards and 1 branch. [8]
The Church reportedly has 2,000-2,500 members spread out among two stakes and several districts in the Middle East, northern Africa, eastern Europe and western Asia. [9]
This mirrors circumstances found in other announced/constructed temples
* The 40,000 square foot [10] Rome Temple, where Italian membership rolls total to around 27,486. Demand for temple ordinances is so scarce in this temple that patrons need to make an appointment. [11]
* The new temple in Okinawa, Japan, will likely have only one stake (five wards and three branches) and one district assigned to it as these are the only stakes and districts in the area. [12]
* The Russia Temple [13] will service only 23,300 members found in 3 stakes (2018) [14]. Missionaries are prohibited from proselyting there. [15] With activity rates between 17-23%, that leaves 5,359 active members (which includes children) in all of Russia. [16]
Tooele, UT
A third temple I'd like to highlight will be located in Tooele, Utah. Now, the Tooele Temple was announced on April 7, 2019. [17]
On May 5, 2020, the Church announced that it would develop a residential community to surround the temple. While the church's development of planned residential communities isn't new, what is surprising is its purpose [18]: