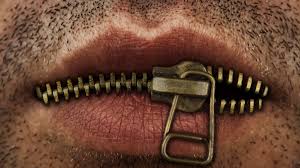 "And no one dared disturb...the sound of silence."

Or would you simply sit back, pat their hand, and sooth them on their way out of mortality with gentle words and tearful stories about your loved ones who've passed on?

Which option has the greater message of healing and hope?

In my last post, I discussed how prophets have always delivered a very specific message to alleviate pestilences and prevent greater destructions: Repentance. Yet in his 11/20/20 message to the world, Pres. Nelson chose a message which deviated from the proven prescription God has always given mankind, and focused not on repentance, but gratitude.

"Therefore also now, saith the Lord, turn ye even to me with all your heart, and with fasting, and with weeping, and with mourning:
And rend your heart, and not your garments, and turn unto the Lord your God: for he is gracious and merciful, slow to anger, and of great kindness, and repenteth him of the evil." [1]

Pres. Nelson also encouraged members not to turn to God with all their rended hearts, not to fast with weeping and morning, but to instead implement a week-long social media blitz promoting #GiveThanks. How can we even expect to please God without a broken heart, contrite spirit and taking advantage of the Savior's atonement?

With a full-blown plague in control of the world, and abortions, murders, thefts, lyings and unbelief in God at all time highs, perhaps today isn't a day of warning and repentance, but happiness and hope! Maybe everything's hunky dorey with God and repentance for all these sins isn't a top priority with him anymore. 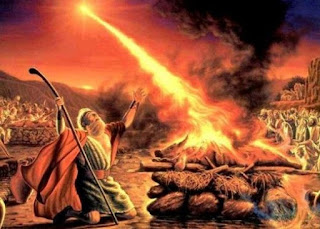 When the prophets of old delivered their messages of divinely-decreed doom and certain solutions, they did so boldly, directly and unambiguously from God. The only time they referred to themselves was in mentioning that they were sent to deliver their message by God himself.

In some cases, their messages stuck. In Helaman 11, we read how in the 72nd year of the reign of the judges, Nephi saw a "secret band of robbers who did carry on this work of destruction and wickedness" among the people of Nephi. A year later, he prayed that God would not "suffer that this people shall be destroyed by the sword," so instead, he called down "a famine in the land, to stir them up in remembrance of the Lord their God, and perhaps they will repent and turn unto thee."

And boom, it happened. The famine was tremendously destructive enough that, by the 76th year, the people were sufficiently humbled and repentant. Due to a subsequent prayer by Nephi, God "turned away his anger from the people" and ended the famine. [2]

Today, we live in similar (and I suspect dramatically worse) times. The graphs detailing the spread of COVID-19 show that mankind is unwilling to humble itself nor be repentant.[3]  If this story of the people of Nephi is any indication, all it takes is for one person to pray to God (to help people remember him, be humble and repent), and God enthusiastically agrees. Last week, Pres. Nelson openly called on God to help us repent.[4] What do YOU think God will do?

One person recently surmised, "If a prophet of god really was a prophet and cared about people, wouldn't he be able to convert basically the entire world if he just said "yo covid, **** off," proving he really is a prophet?" Helaman 11:1-17 shows that's not how God operates. God will send forth his prophets to warn, and if the warnings aren't heeded, he unleashes the consequences, letting them continue until the people repent (like the people of Nephi in Helaman 11) or are all dead (like the Nephite civilization). [5] 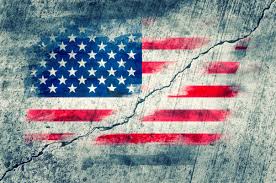 Circumventing the Sound of Silence

Regardless of whether you think the United States presidential election is legitimate or not, the voice of the people (as expressed by its leaders) -- in the U.S. and many other countries -- has chosen to have its government run by those who proudly encourage (or are silent regarding):

1. Murdering unborn children.
2. Admitting people into our country in direct contravention to our laws.
3. Accommodating and funding countries, and electing federal representatives and judges, who are violently opposed to God, Christians and freedom.
4. Anarchist groups fomenting riots and violence in our neighborhoods.
5. Sexual education of young children and encouraging them to reconsider their God-given genders.
6. Corrupting electoral laws, processes and procedures.
7. Eliminating divinely-inspired constitutional rights, provisions and principles.
8. Preferential treatment for individuals based on the color of their skin, not the content of their character.
9. Taking away income rightfully earned by an individual and giving it to another who has not earned it.
10. Embracing socialist and even communist ideologies.

Because of this, God has promised:

"And if the time comes that the voice of the people doth choose iniquity, then is the time that the judgments of God will come upon you; yea, then is the time he will visit you with great destruction even as he has hitherto visited this land." [6]

"For as their laws and their governments were established by the voice of the people, and they who chose evil were more numerous than they who chose good, therefore they were ripening for destruction, for the laws had become corrupted." [7]

As these circumstances have proliferated throughout the world and intensified in their evilness, a true prophet would have been sounding the warning cries years ago. Yet nothing was said. I'm confident this would have been considered God's "Plan A."

After COVID-19 started affecting our way of life last spring, not one, but two fasts were undertaken by our church. Yet these fasts did not have their ultimate origins from within people's hearts, but the LDS Church's newsroom. Naturally, COVID-19 just smiled and kept racking up numbers of unemployed, hopeless, helpless, sick and dying. There went "Plan B."

Then on November 13, 2020, we were told that a revelation was coming from the church's prophet that was so important, that we had to wait a week to hear it. There was no explanation given as to why we needed to wait a week. If it was so important and uplifting, why couldn't it have been released on the 13th? This is tantamount to saying "I have a cure for cancer, but I am not going to tell anyone right now. Let's wait a little while." It was an unnecessarily-delayed message with no prophetic warning. Because one's expression of gratitude to the masses (in this case, social media) is being used as a replacement for repentance, and has never been a prescribed remedy for pestilences, its success -- as God's possible "Plan C" -- is dubious at best.

At a time when people are desperate for real answers, real solutions and real leadership, the world has yet to be officially called to repentance. I am bewildered why it is so difficult for a supposed prophet of God, a global faith "leader", to do so. Why do the 15 men who literally stand in between you and Jesus walk on eggshells while in the proximity of the R word?

Luckily, God is implementing a Plan D: In lieu of prophets not prophesying, he's been taking his message straight to the people.

We have been told that the prophecy of Joel (Joel 2:28-29) is fulfilled, wherein the Lord "will pour out my spirit upon all flesh; and your sons and your daughters shall prophesy, your old men shall dream dreams, your young men shall see visions: And also upon the servants and upon the handmaids in those days will I pour out my spirit."

Adults and children, men and women, ARE having dreams of the world's near-future. Just click here and do what one of my relatives did, and join the "Latter Day Saints Dream Dreams" Facebook group.[8] You'll see there are many people having dreams of the future, and their frequency seems to be increasing. Yes, these dreams are for individuals. But when you read variations of the same dream repeated throughout this group, you kinda start to sit up and take notice. With respect to America, these dreams often describe a lockdown due to a virus, forced vaccine tests and vaccinations, mobs, gangs, economic collapse, military-enforced lockdowns, relocation of people to concentration camps, no power grid and more. They also describe simultaneous earthquakes, tsunamis, volcanic eruptions and military invasions. 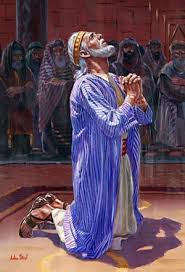 What Would (Helaman) Nephi Say Today?

But what would happen if a modern-day Nephi said roughly the same prayer as is found in Helaman 11:4 (when Nephi called down the famine)? What if he were prompted a bit differently, customized to today's circumstances?

Here is my guess:

Oh God, the Eternal Father, hallowed be your name.

Please look upon my heart and mind. I approach you in meekness and humility, knowing I am no better than the dust of the earth. Yet I, as your son, raise my hands to the heavens, knowing that you are no respecter of persons, and give abundantly to those who knock on the doors to your Throne Room three times. So I come before your throne of grace with boldness as well, for I believe in you. I believe you. I trust you.

You have seen the sorrowful, sinful state of my people. They continue enthusiastically murdering unborn children and the elderly. They support those who are violently opposed to you, Christians and freedom. They foment riots and violence in our neighborhoods. They teach our young to reconsider their God-given genders. Corrupt representatives, judges and leaders have defiled our laws, processes and procedures. They are eliminating divinely-inspired constitutional rights, provisions and principles. At all turns, we are besieged by immorality and amorality. And all of these circumstances are increasing.

You have allowed the release of a plague and pestilence designed to stimulate a change of heart and repentance among your people. Yet mankind has lifted up it's fist in protest and seeks to rely upon its own supposed wisdom, while further entrenching itself in sin. Our leaders dare not call the people to repentance, which you have looked in times past with gladness, mercy, forgiveness, healing and abundance. Their fasts have been disregarded, as you have allowed this virus to continue infecting the world unabated.

Therefore, please hear my voice as I cry to you in the night, under these stars which gently proclaim the majesty of your light and love. I know that this people is beyond ripe for destruction. Please do not suffer that we shall be destroyed by the sword as yet.

But O Holy Father, rather, let there be a greater, more powerful pestilence which shall instill not only fear, not only quicker death, but also a greater remembrance of the Lord their God, that perhaps they will repent and turn unto you before they, too, are consumed by this pestilence.

Please also simultaneously release your power -- the power of your Holy Spirit -- to go into the world. Enlighten and empower those who fear you, that they may preach the gospel to all creation: the gospel of peace, of miracles, of healing, of life and love, which all come in and through your Holy Son, Jesus Christ, in whose name I pray. Amen.

"But if she observe not to do whatsoever I have commanded her, I will visit her according to all her works, with sore affliction, with pestilence, with plague, with sword, with vengeance, with devouring fire." -- D&C 97:26

God is sending him a message through prophets in our day. It is just that Nelson isn't a prophet.

As if the republicans are any better

There are also 100 other things done and said by all church leaders past and present that reveal they have never followed Christ and that this is not and never was his church. So this is just par for the course and not a surprise.